Last week my husband and I met someone who is joining our family.  It isn’t official-official (we did a week’s trial and that won’t be over until Wed) but we are super happy to welcome this little guy.

Right now his name is Riley, but he isn’t super-attached to the name and so we’ve talked about possibly renaming him, but right now he is Riley.

Specifically, there are 2 pictues which pefectly exemplify how Genkii & Kawaii are handling this addition:

Genkii is now CONVINCED (like he wasn’t already, but now he’s certain without-a-doubt) he’s a dogggy too: 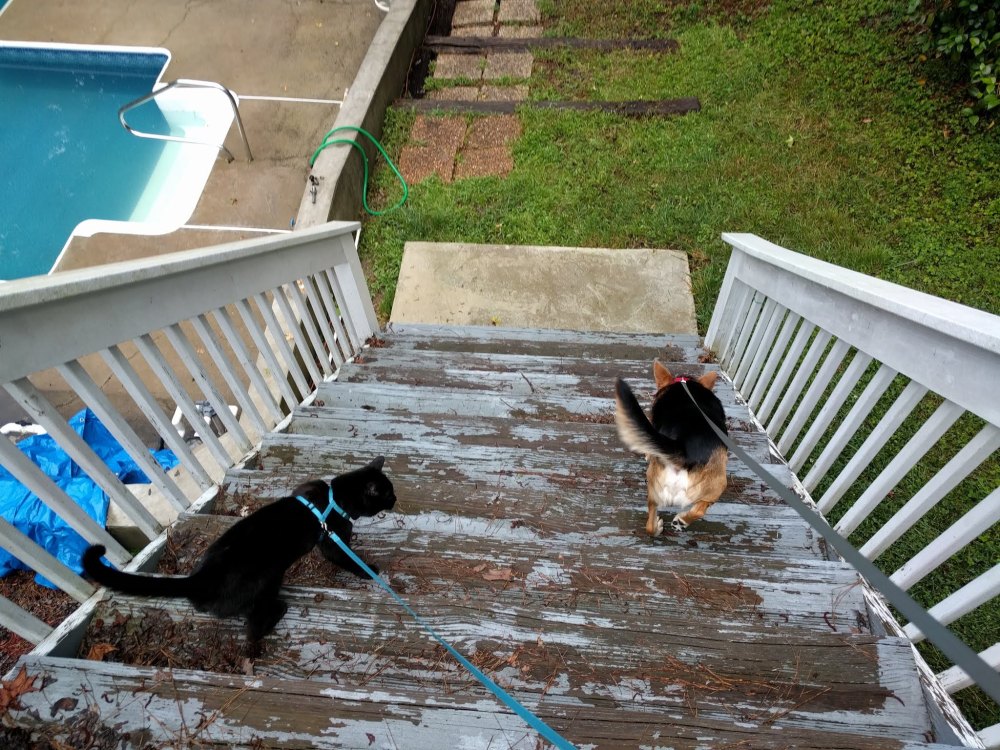 Kawaii on the other hand is utterly confused.  This thing is ignoring her.  And doesn’t understand that IT is the intruder and unwelcome in HER house.  She isn’t mad, mostly just confused.  Bewildered at being ignored.  She has never been ignored before. 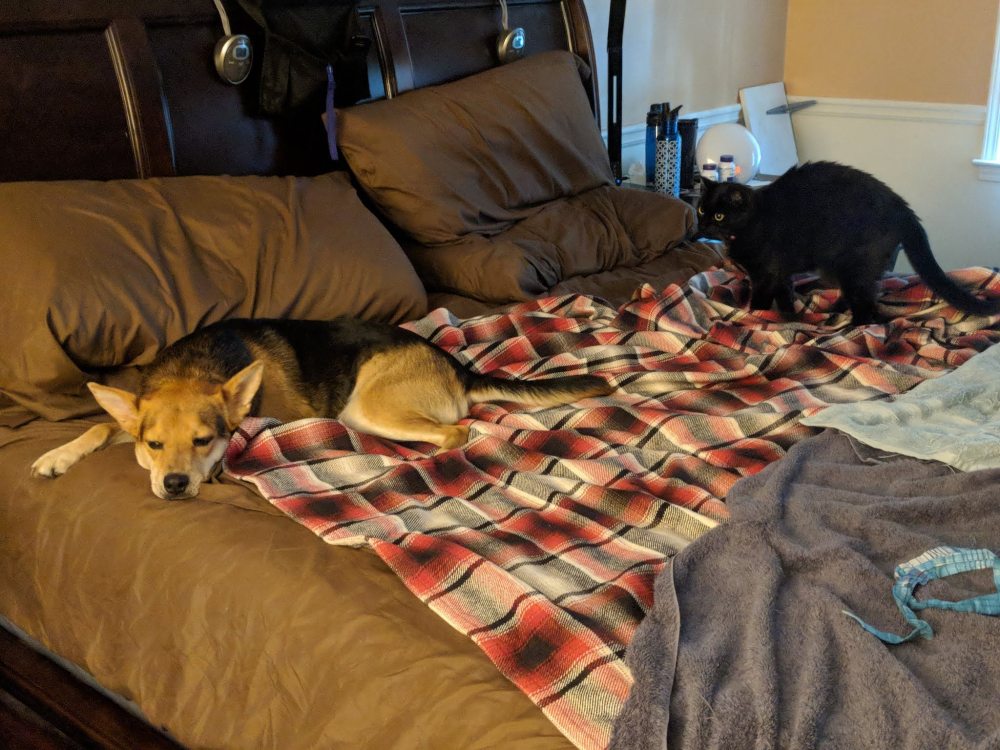 We haven’t had any real issues since he came to the house last Wed and although we suspect there might be a few hisses from Kawaii as she learns to assert her dominance, we don’t see Riley having issue letting her think she’s in command.

I do expect to eventually find Riley & Genkii cuddled ’cause Genkii wants desperately to be just like Riley… it’s so sad.  He’s so confused.