I get so annoyed with people confusing black pepper with bell peppers.  How can anyone who cooks think these things are anything alike?

Well in this case I can very firmly blame the English.  Ok, mostly the English but also the Dutch, Portugese and Spanish – basically “Europe.”

You see, when Europeans came to America and found these…. things… that added flavor to food; they didn’t want to bother learning the natives’ language so they took them back to Europe and marketed them as “peppers.”

Prior to America, the most “spicy” food most Europeans ate came imported from Indian in the form of these little black pods called “peppercorns.”  So, these master marketers decided to call this new tasty treat a pepper!  (So creative. The most creative. Believe me.)

As an aside – corn meant “grain” so a “peppercorn” is a pepper-grain (which is fitting).  And pepper was a word from sanskrit which might have meant something like “berry” waaaaay back when; Ergo it’s “berry grain” which if you’ve ever seen perppercorns growing fits: 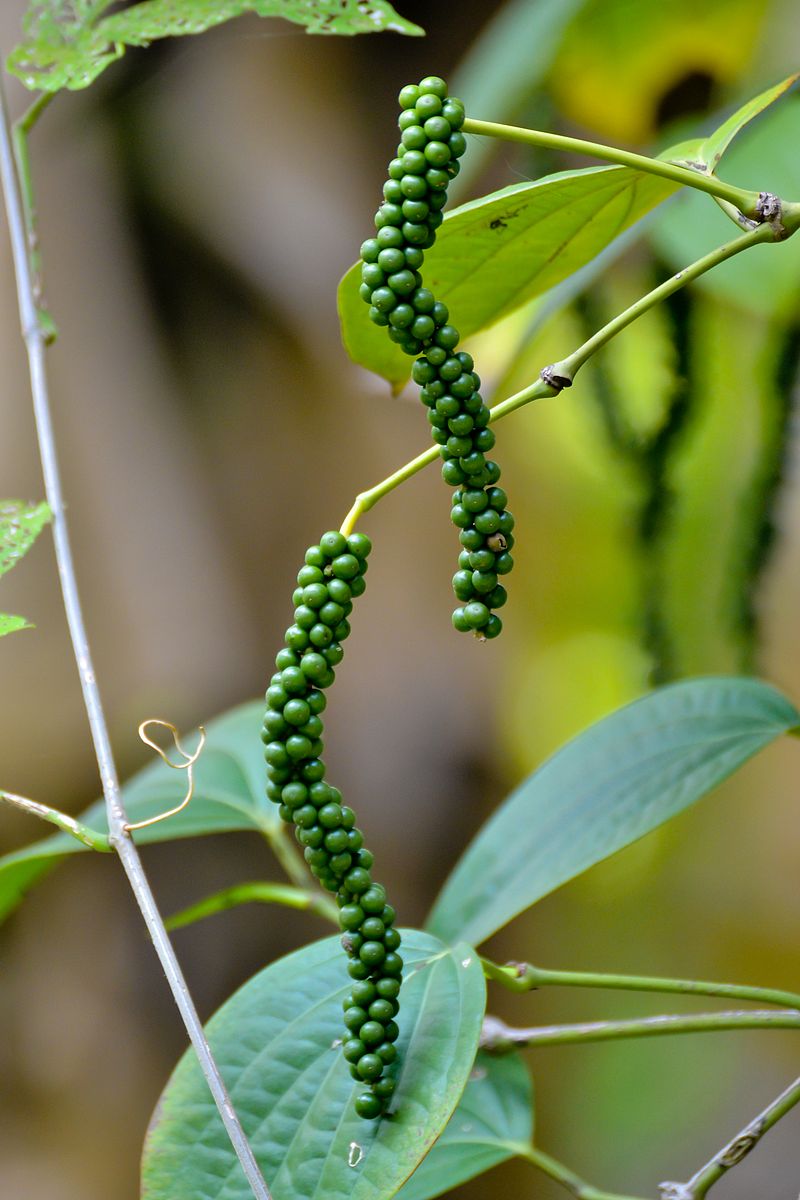 So, when these Europeans wanted to sell something that made food tasty, they named it the same damn name as what people already knew.  Or so damn close that 200 years later people don’t understand:

These are two totally separate plants.

In fact, you have to go up past species and genus and family and order  to Clade or Kingdom “Andiosperms” (clade) and “Plantae” (Kingdom).  It’s not even like they are closely related and so yeah people might have crossed the wires a bit… NOPE.

So, the next time you hear someone talking about peppers stop and ask if they mean real peppers or the Europeans-didn’t-want-to-confuse-people-to-make-profit peppers.