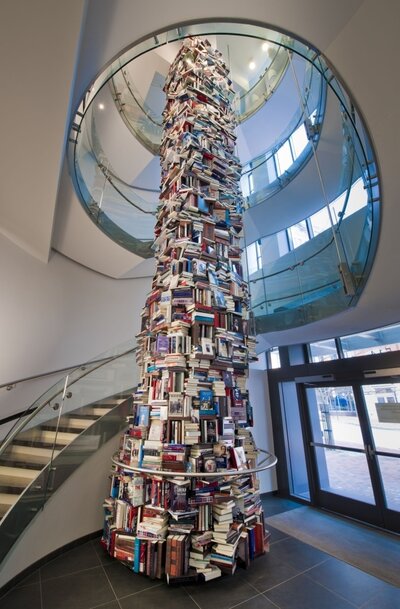 So some background here (and eventually I’ll explain the picture!): As I was writing my thoughts on Scalzi, I went looking for Dickens quotes and found (God I love Gutenberg) letters!  In one of them (I was searching keywords but this letter made me pause for context) I found this AMAZING line:

I can imagine a succession of Boswells bringing about a tremendous state of falsehood in society, and playing the very devil with confidence and friendship.

Do you know what a “Boswell” is?  It is a confidant who publishes your life.  The famous-ness of the phrase is probably retained from Sherlock Holmes calling Watson his “Boswell” because it was a term known in that age.  But Dickens wrote about it and wrote negatively.  Ok, again this was as I was thinking on Scalzi writing fiction as a commentary on my time… so I couldn’t help but have these two thoughts collide.

Dickens called the excessive use of biography as negative.  Competing biographies degrade trust in society.

There are over 7,000 books in that tower I have at the top of this post – and all of them are about Abe Lincoln. Oh, and in 2012, that was less than half the books that had been published regarding that president… Now granted, not every one of those books is a Boswell Biography (which is a style) BUT… BUT!

I have been mulling in my mind WHY.  This is probably the question that has founded more of my thinking than any other. And this quote (granted, you should read the full context) made me STOP.  Like full mental stop and connect two things (at least in my mind).

We have flooded the market with biographies and monographs on great people or perceived great people AND we have an issue in society where people pick and choose their “experts” based on… intuition?  There is an issue of trusting “experts” in society.  There is an issue of people cherry-picking data to confirm their own bias instead of seeking a truthful answer even if it proves them wrong.

I’m not saying competing biographies and new information can’t change the narrative we understand.  Just taking any information and then applying a lens of declassified information can drastically shift historical events.  But a lot of books are written by folks claiming to be “expert” in some way which compete with each other – and how do we know which ones to trust? And how do we determine who to give our confidence to?

Dickens was a smart man.  I think he might have been on to something.  I don’t want to silence (most) people, but… could this be exasperating some of the issues we have in our politics and social commentary?  This explosion in the past 30-50 years of “experts” without a way for the common person to vet them?

Not having a solution, I am mostly putting the question out there.  I will indubitably continue to mull on this one and look to other smart people to see if they say anything that sounds like a solution.  I don’t like the idea of “committees” who choose what we can read.  This removes any kind of certification board; academic panel; etc.  The closest is some kind of peer-review in terms of non-fiction books. And if it isn’t peer-reviewed, then we (society) can teach our children to read such books with deep suspicions.

I mean, I hope people know Abe Lincoln: Vampire Hunter is fiction but at this point… I can’t help but wonder if there are folks that either think he’s a fictional character (despite the like 15,000 non-fiction/semi-fiction that predates vampire hunting) or there are people who think he really was hunting supernatural creatures.  I’m not sure which makes me grieve more.